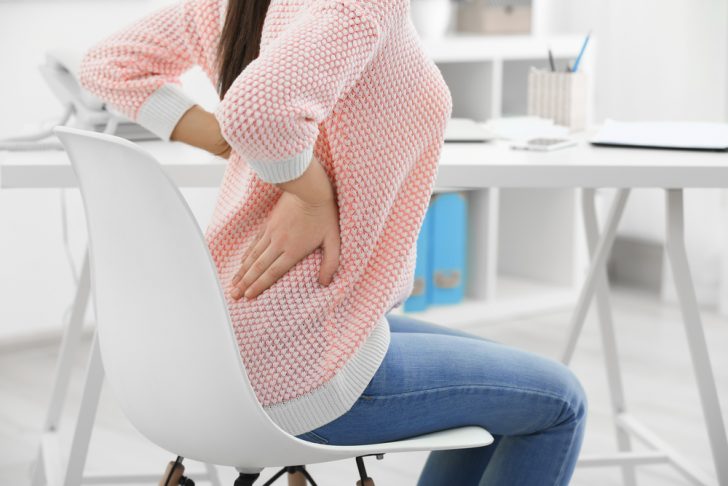 Pain Rising Among Some Younger Americans

Younger Americans with less than a bachelor’s degree reported higher levels of pain than today’s older adults did at their age.

The study examined trends in pain, both nationwide and internationally, across adults of different ages.

Pain serves as an important warning that something is not right in the body. It can help keep people safe by causing them to take certain actions and avoid others. But long-lasting pain can damage both physical and emotional health and lower quality of life.

More than 50 million adults in the U.S. live with chronic pain, which is pain that lasts for more than three months. Current treatments are largely ineffective for many people. And opioids, when overprescribed for pain, can actually make chronic pain worse.

Recent surveys taken across age groups in the U.S. have shown an unusual pattern of pain nationwide, in which older adults report less pain than the middle aged. In other countries, reports of pain tend to rise steadily with increasing age.

To better understand patterns of pain, Drs. Anne Case and Angus Deaton from Princeton University and Dr. Arthur Stone from the University of Southern California examined data from six large surveys that covered the U.S. and 20 other wealthy countries. Two American and two international surveys took repeated “snapshots” of pain, asking people in different age groups about their current pain levels. In these studies, it was possible to track birth cohorts (groups) in successive snapshots. The two other studies were longitudinal, following specific participants over a period time.

To model trends in pain over time, the researchers examined data from adults aged 25 to 79 years. The study was funded by NIH’s National Institute on Aging (NIA). Results were published in the Proceedings of the National Academy of Sciences.

The research found that the prevalence of pain in the U.S. increased with age until people were in their late 50s. It then decreased, leveling off around age 70. In contrast, data from other rich countries did not show a midlife peak in pain. Instead, pain rose slowly but steadily with the age of the survey participants.

Results from tracking birth cohorts over time showed that, within a birth cohort, pain rose with age into old age. However, since the group born in 1940, each successive group born over 5-year periods in the U.S. reported more pain at any given age than previous groups. This difference between birth groups was largely confined to those without a four-year college degree.

Across age groups in the U.S., people with less education were more likely to report pain than those with more education. On closer examination, the researchers found that the peak in pain during midlife found in the U.S. snapshot data was largely confined to people with less than a bachelor’s degree.

Rising obesity can explain some, but not most, of the rise in pain in U.S. adults. Younger Americans today may be more comfortable reporting minor pain than previous generations. However, this doesn’t explain the differences in pain seen by education level.

“Pain undermines quality of life, and pain is getting worse for less-educated Americans,” Deaton says.

“The connection between less-educated Americans and pain is shaped by a number of factors, and matches patterns we observe in rising deaths of despair,” Case adds. “It’s of great concern to us, as researchers, that it seems to be worsening.”