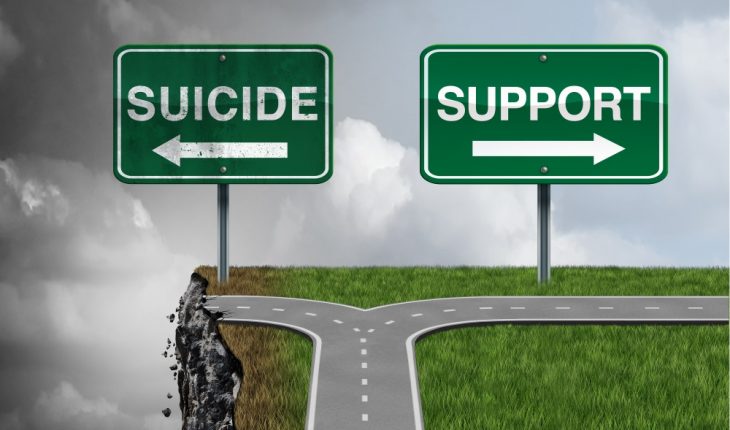 Suicide Prevention: How to Help Others in Need

Many Americans have experienced the devastating effects of suicide firsthand. Some have had a family member or friend take their own life. Others may have experienced suicidal thoughts or actions themselves.

According to the National Institute of Mental Health (NIMH), suicide is the second leading cause of death among 18- to 24-year-olds and claims the lives of more than 45,000 people each year. The Centers for Disease Control and Prevention (CDC) says that number makes suicide the 10th leading cause of death overall. And many experts believe that 45,000 may represent just half of actual suicides due to misreported deaths. If so, that would push the number to near 100,000 deaths by suicide on an annual basis.

Regardless of the prevalence and frequency of suicide across the country, there is still little that the general public knows about suicide. Who is at risk? What are the warning signs? Most importantly, how can a person who may be contemplating ending their life by suicide be helped?

Who is at risk?

“We know that suicide doesn’t discriminate,” said Richard Shelton, M.D., professor in the University of Alabama at Birmingham (UAB) Department of Psychiatry and Behavioral Neurobiology. “It impacts people of all races, genders, religions, socio-economic statuses and ages — with the common thread being that people feel as though their life is not worth living anymore or that they are a burden to others.”

Shelton says 80 percent or more of people who die by suicide are experiencing a depressive episode, with the remaining 10 to 15 percent dealing with related mental health issues. From a statistical standpoint, women are more likely than men to make suicide attempts; but men are five times more likely to die by suicide. Women tend to take what can be perceived as reversible means through overdose or cutting of their wrists. Men often take more violent approaches, such as a self-inflicted gunshot wound or strangling.

“People are often compelled to die by suicide after a stressful event, be it after a breakup, during a financial crisis, loss of a job, the death of a loved one, or as a result of abuse or trauma,” Shelton said. “Suicide can be impulsive or carefully planned, often making it hard for family members or friends to notice that their loved one may be experiencing outstanding pain, as nothing striking seemed out of the ordinary before their passing.”

A rising cause of suicide in young adults is bullying at school. Vulnerable populations, including the LGTBQ community and veterans, also are at a higher risk of suicide due to societal and traumatic situations they may have experienced.

How do I know if someone in my life is suicidal?

Often, the person in crisis may not actually want to die but rather may want to feel relief from the stressors in their life. “Most people considering suicide as an option are ambivalent to death — they don’t want to die necessarily, but they want to be free of the pain and suffering that is weighing on them,” said Angela Stowe, Ph.D., director of UAB’s Student Counseling Services. “The overwhelming sadness and feeling of lack of purpose contribute tremendously to the already fragile state that the person may be in.”

How can a person differentiate between normal sadness and the extreme depression that can lead to suicide?

“I’ve had patients say that it’s the difference between a spring rain and a hurricane,” Shelton said. “With a spring rain, you know it will pass and the sun will come back out; but in a hurricane, there seems to be no end in sight. For those experiencing suicidal thoughts, they may feel like they won’t ever make it out of the storm; but we know that almost everyone contemplating suicide will start to feel better if they seek medical attention and/or treatment.”

According to the National Suicide Prevention Lifeline (1-800-273-TALK), the following signs may indicate a risk for suicide. It is important to note, however, that each person may have different responses and signs to be mindful of:

Talking about wanting to die or to kill themselves

Looking for a way to kill themselves, like searching online or buying a gun

Talking about feeling hopeless or having no reason to live

Talking about feeling trapped or in unbearable pain

Talking about being a burden to others

Increasing the use of alcohol or drugs

Sleeping too little or too much

Withdrawing or isolating themselves

Resources and getting help

Suicide is preventable, and there are many ways people can seek the care and treatment they need.

Shelton explained that while more than 75 percent of suicidal people are not currently seeking medical treatment or in therapy, there is an 80 percent chance people will start to feel better after just one experience with a physician.

“We know that medical intervention — be it first with a primary care physician or with a psychiatrist — is effective and helps at-risk people start to not feel isolated,” Shelton said. “There isn’t a one-size-fits-all approach to helping a suicidal person seek the care they need, but there are ample options that can easily help relieve the feelings of anxiety, depression and desperation that suicidal people may be feeling.”

People who are acutely suicidal should go to an emergency department immediately. If people want to seek outpatient treatment, Shelton says the best first route to a medical intervention is going to a primary care physician. From there, they can start treatment and can direct the person in need to the appropriate next resource. They can also often fast-track that process.

According to the National Suicide Prevention Lifeline, there are five key ways that people can help a friend or family member who may be suicidal:

Asking a person if they are suicidal is one of the first ways to help someone in need. Many people are nervous that asking will make a person angry or ultimately cause them to die by suicide, but Stowe explained that expressing your worry and willingness to help does have a positive impact.

“It is a myth that you can plant the seed of suicide in a person’s mind,” Stowe said. “I recommend that if you are questioning whether a loved one is contemplating suicide, say, ‘Are you thinking about suicide? I am concerned about you and want to help you get the care you need.’”

There are training opportunities for the average person if they feel that they know someone who is suicidal. For instance, QPR – Question, Persuade, Refer –Suicide Prevention Training (https://qprinstitute.com/) is a national initiative that has an online class covering the warning signs of suicide, how to persuade a person to get help and where to refer them to.

This step can be taken literally, by helping a person in distress stay safe by any means possible. For instance, it is removing sharp objects or pills from the vicinity or home of a suicidal person, or not leaving that person alone. It can also be sitting with that person or taking them to the hospital.

It is important in this fragile time that a person contemplating suicide knows that they are not alone physically and emotionally. Being there can mean many things, such as sitting with a person during a challenging time or checking in to let them know they are not alone.

This also means not trying to talk a person out of a situation by saying “you don’t really want to kill yourself” but rather letting them know that they are valuable and loved.

Stowe explains that while empathy can go a long way, there are times when comments with the best intentions can hurt even more. “Here in the South, we hear a lot of people say ‘I am praying for you,’ and they truly mean it; but religion may be a trigger for a person in a suicidal situation.”

Anyone can help a person find resources for suicide in their immediate community, be it on a university campus, at a hospital or with a community agency. Helping them may also mean physically taking a loved one to their first doctor’s appointment or dialing the numbers for a crisis hotline for them.

Nationally, the National Suicide Prevention Lifeline is a valuable source of information for any person in need. It has resources for those considering suicide as their only option and also for people who want to help a loved one. Its 24-hour hotline is 1-800-273-TALK (8255).

Following up with a person who may be considering suicide is critical in helping them get the help they need. It can be sending a text to check in or stopping by in person. Just letting a loved one know that they are on your mind can help.

“Encouragement can really make a difference in a person seeking treatment, which can be the factor in helping them see that there is hope,” Shelton said. “The way that a person is feeling is not permanent, and ensuring that people in distress know that is key.”