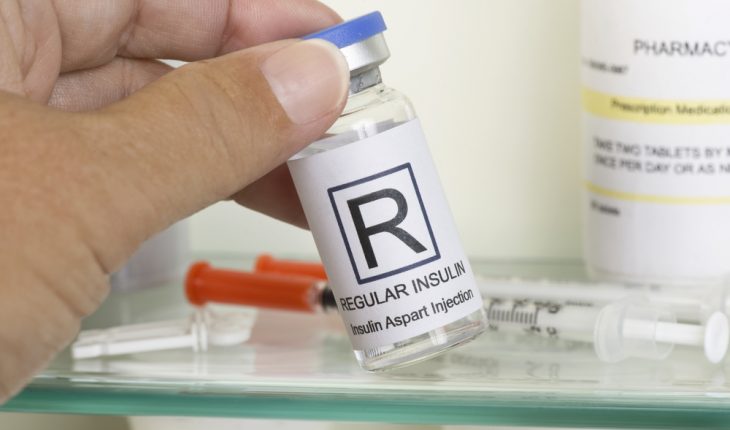 Domestic Refrigerators May Pose a Risk to Insulin Quality

A release from the publisher explains that many injectable drugs and vaccines are highly sensitive to heat and cold and can perish if their temperature shifts a few degrees. To prevent loss of effectiveness, insulin must stay between 2-8°C/36-46°F in the refrigerator or 2-30°C/30-86°F when carried about the person in a pen or vial.

Individuals with diabetes often store insulin at home for several months before they use it, but little is known about how storage in domestic fridges impacts insulin quality.

To investigate how often insulin is stored outside the manufacturer’s recommended temperature range, Dr Katarina Braune from Charité – Universitaetsmedizin Berlin in Germany in collaboration with Professor Lutz Heinemann (Science & Co) and the digital health company MedAngel BV monitored the temperature of insulin formulations stored in fridges at home and carried as a spare.

Between November 2016 and February 2018, 388 diabetes patients living in the USA and the EU placed temperature sensors (MedAngel ONE, http://www.medangel.co) either next to their insulin in the fridge and or their diabetes bag.

Analysis of 400 temperature logs (230 for refrigerated and 170 carried insulin) revealed that 315 (79%) contained deviations from the recommended temperature range.

On average, insulin stored in the fridge was out of the recommended temperature range 11% of the time (equivalent to 2 hours and 34 mins a day). In contrast, insulin carried by patients was only outside recommendations for around 8 minutes a day.

Importantly, freezing was an even bigger issue, with 66 sensors (17%) measuring temperatures below 0?C (equivalent to 3 hours a month on average).

The release quotes Dr. Braune as saying, “Many people with diabetes are unwittingly storing their insulin wrong because of fluctuating temperatures in domestic refrigerators. When storing your insulin in the fridge at home, always use a thermometer to check the temperature. Long-term storage conditions of insulin are known to have an impact on its blood-glucose lowering effect. For people living with insulin-dependent diabetes who take insulin several times a day via injections or continuously administer insulin with a pump, precise dosing is essential to achieve optimal therapeutic outcomes. Even gradual loss of potency introduces unnecessary variability in dosing. More research is needed to examine the extent to which temperature deviations during domestic storage affect insulin efficacy and patient outcomes.”